I often keep a lot of terminal windows open at the same time. The default terminal in the Cinnamon desktop environment is Gnome Terminal. I have found an alternative that adds features I like and is a good fit for using within Cinnamon.

I do not care much about the Gnome Human Interface Guidelines, but I do appreciate that Tilix is built with the GTK3 libraries, which is the same as Cinnamon.


The feature that stands out is the use of tiles inside the main window andworkspaces that you can switch to. So you can have one Tilix windows open with many terminals tiled inside it and in multiplex workspaces, too. 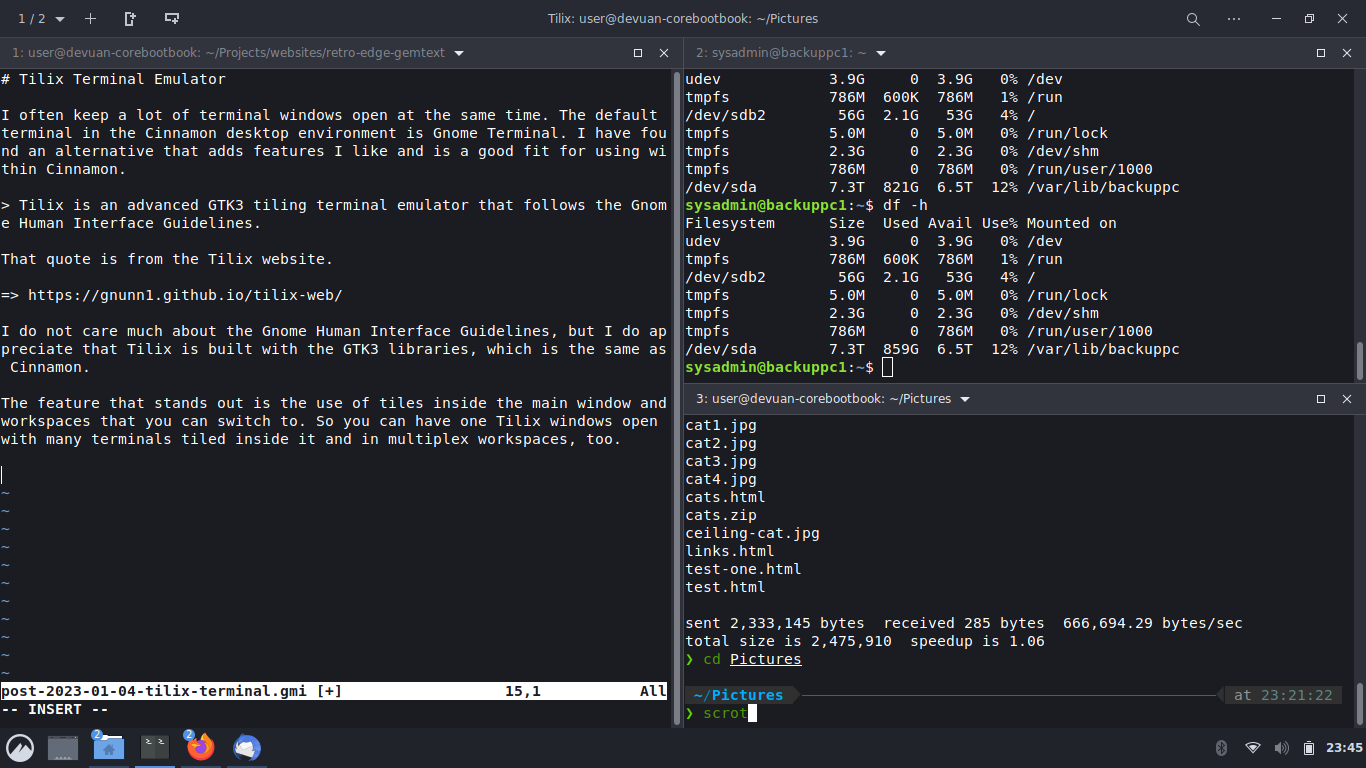 
I found Tilix while reading about the D programming language. Tilix is written in D and was cited as an example of a GTK application written in D. I believe the author gave a talk on it at a tech conference, which may have been how I found out about Tilix.


Tilix is published under the Mozilla Public License 2.0. I have been moving away from GPL licensed software slowly as I become more interested in BSD and Unix. I owe a lot to the GNU Software Foundation and am appreciative of their efforts... but that doesn't mean I have to be stuck with using GPL for life.


Tilix is likely in your Linux distro's software reposotories. I am using Devuan, so Debian's repos and package manager.

So far, I am enjoying using Tilix.